Live In A Small Apartment? How To Cool It Down This Summer

If there's one thing to know about millennials, it's that they are avoiding the housing market and are embracing renting instead. If you live in an apartment, then you know that there are tons of benefits including saving money on rent (hopefully) and not being tied down financially. One of the downfalls of apartment living, though, is having a landlord that doesn't always give you everything you need; especially when it's summer. If you don't currently have a cooling system in place, this article will list a few ways that you can cool down this summer. Are you ready to learn about how you can stay cool? Read on to learn more.

One of the most affordable ways for you to cool down during the summer is to invest in a bunch of standing fans. If your apartment is really cold, then you actually may be able to get away with only have two or three fans to cool your place down. However, if it's really hot or humid out, then fans will only really just circulate the hot air around the room. If it starts to cool down at night, though, that's when fans really come in handy.

Window air conditioning units are another great way to cool down a small space. By placing a window unit in between your window pains and then hooking it up to an electrical source like an outlet, they work to blow cool, refrigerated air throughout your room. Just make sure that you have it professionally installed by an air conditioning professionally so that you don't blow any circuits or so that it doesn't fall out of your window.

Another way that you can help to circulate air throughout your apartment is to talk to your landlord about installing some ceiling fans. Similar to standing fans, ceiling fans won't necessarily cool down a room if it's really hot or humid, but as temperatures drop at night, they can help move the cooler air around which may help you to sleep a lot better.

Do you want to learn a little bit more about cooling options to talk to your landlord about? If so, contact an air conditioning installation company near you and they can come out to your apartment, take a look around, and give you some better ideas. If your landlord agrees, you can forward the installation bill to them so you don't have to pay for it!

Read in about 2 Minutes 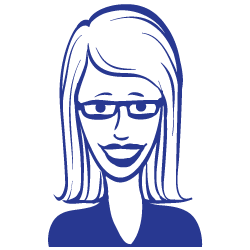 My home is quite large and it isn't exactly new. We have completed several projects in an attempt to make the house as energy efficient as possible while remaining comfortable. Up until last year, I didn't have an air conditioning system that would cool the entire house. We used window air conditioners in the rooms that are most commonly used and just dealt with the heat in the rest of the home. This blog will show you how much of an improvement it is for the house and all of us living here having a whole-house air conditioning system installed.